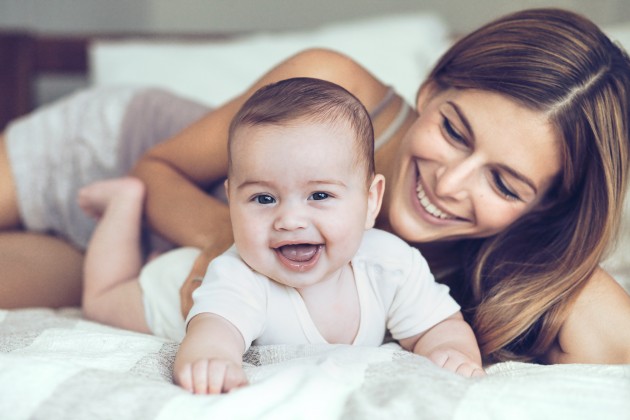 Abraham Lincoln is considered by many one of the greatest wordsmiths of the English language. Yet the same man who could sum up the way forward after the bloodiest conflict in US history with the words.

Of course motherhood is literally at the core of all of our existences. Perhaps our very early recognition of Mom’s power to embrace or reject, feed or let go hungry, and nurture or abandon us is simply too overwhelming any quotes on motherhood can ever do them justice. But even grown men and women seemed to be reduced to the level of grammar school kids when trying to immortalize their feelings for Mom in verse:

“T” is for the tears she shed to spare me,

“H” is for her heart of purest gold;

“E” is for her eyes, with affection light sparkling,

Assembled all of them, they spell “MOTHER,”

A word that means everything to me. –Howard Johnson

There are quotes about motherhood, on the other hand, which raise it to the heights formerly reserved for Divinity. William Makepeace Thackeray was of the opinion that “Mother is the name for God on the lips and in the hearts of little children,” and an old Jewish proverb claims that, “God could not be everywhere and therefore he made mothers.”

One thing which is blatantly lacking in the above mix fairly typical of quotes on motherhood, however, is information on how many of their authors had such powerful feelings about Mom because Dad was busy elsewhere earning the family’s living.

With stay-at-home Moms as new mothers now in the minority, will the ages-old tradition of saccharine quotes about motherhood one day be replaced by the literary efforts of latchkey kids describing memories of warm evenings spent with Supernanny

Motherhood – An Open Transom of Grace, Wisdom and Integrity

The reward and title of Matriarch is set aside and accepted much later in life; and within their restricted code of demeanor, it is rewarded not by age but by the strength of family.
They protect and sow strength, character and vision all while celebrating individuality cushioned within their care and vision. They blend humility and pride seeking confidence yet understanding never to walk past hesitancy or resistance without regard.

In return they ask only for what they have given – respect.
Never dictating leadership but choosing to guide, inspire and in time, appreciate.

They celebrate individuality. They celebrate heritage, knowing that the core of their forest will sustain the fragile branches of new life.
They reserve the right to shed tears; their breath taken away witnessing pain and joy in celebration.
They led their lives by example, blessed with strength, courage and understanding. Their rewards reflected in the eyes of their family; continuing to teach, never settle in their shadow; only in their light.
Never accepting repugnance as an avenue of character; instead steering them to find the depth to persevere the length and rewards along a new path.

They articulate on the strength and values of family and of friends. Without doubt, without reservation, emerging at all times to be first and only, before one more verdict, one more treaty, one more test.

They tutor the value of living life; not that it is too brief, but to not waste time in finding it’s joy.
They demonstrate that life’s happiness is not a label, nor a test, nor judgment by anyone other than its guardian; teaching of life’s canvas and it’s infinite, boundless creation of promise and assurance.

They demonstrate strength in their unconditional unity of family.

They demonstrate courage in their resolve; in resounding silence yet unchallenged in its strength and structure. They quote from their past heritage
He who loses friends, loses more.
They demonstrate leadership by their guidance, not by force, but by understanding.

They demonstrate knowledge, by acceptance and not judgment of failure.

They reveal pain with strength and resolve when witnessing life.

Find the top quotes about everything related to pregnancy and babies. Look through our ever growing collection of pregnancy quotes and share your favorites with family and friends! On our site you will find funny, happy, inspirational, and cute pregnancy quotes. Download our its and girl and its a boy announcements for free.